9 Styles of Pizza From Around the World

Home / Blog / 9 Styles of Pizza From Around the World

The classic pizza as we know it today started gaining massive popularity around the end of the 19th century. Although the exact origins of pizza are a little unclear, what is certain is the there are many different culinary cultures that have left their mark on what the modern pizza has become.

Each have injected their own personality into the dish and some cross-overs have yielded some absolutely incredible results – now there are hundreds of different variations of the dish. Feel free to salivate with us over these 9 different styles of pizza from around the world. 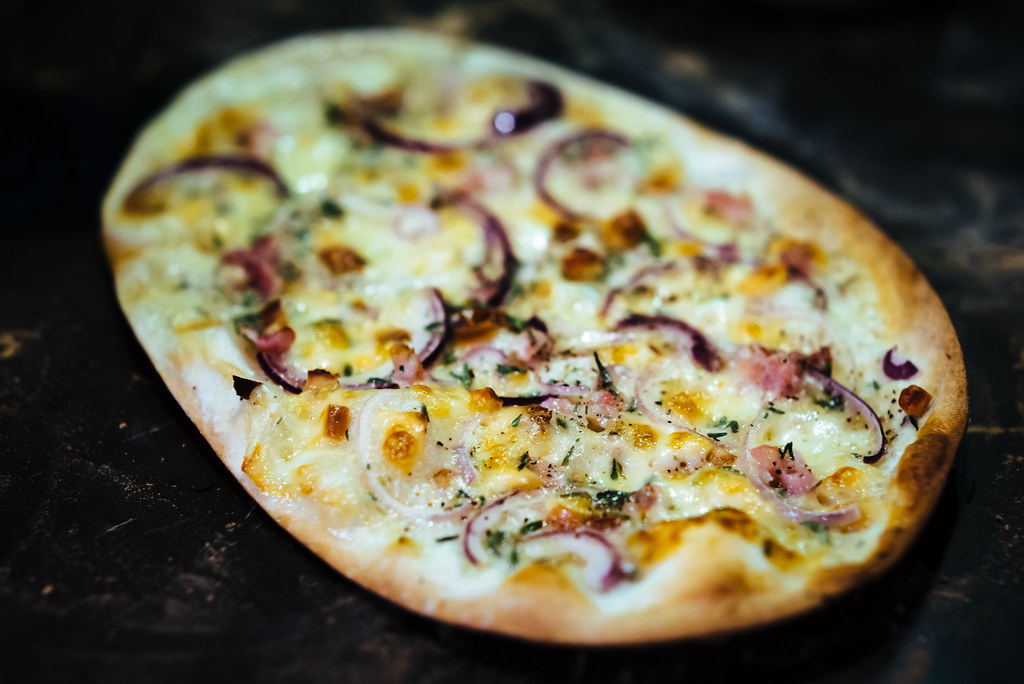 The modern pizza is a multicultural dish with many different variations cross-pollinating across the globe. Let’s have a look at some different styles of pizza from around the world.

While the Italians may have created the first ‘classic’ pizza, it was the Americans who brought it to the rest of the world in a very different way. Pizza first arrived in America at the end of the 19th century and took off massively mid-way through the 20th century when troves of European immigrants fled their countries during the World Wars. Now different cities in the States have their own sub-categories of pizza, each which can in some way be traced back to the original – dough, sauce, cheese.

• Californian style: Similar crust to the Neapolitan original – thin and airy – but with an array of strange ingredients. A style that took off in the 1980s.

• Chicago deep dish: Developed by Pizza Uno in the 1940s, the Chicago deep dish pizza has a thick doughy crust – almost like a cake. Cheese is usually under the sauce so that it doesn’t burn.

• New Jersey ‘pizza pie’: Similar crust to classic Neapolitan or New York style pizzas, however the cheese and toppings are placed on top of the pizza sauce, making the tart flavour of the sauce the most dominant. Said the be the second-oldest pizza style in the US. 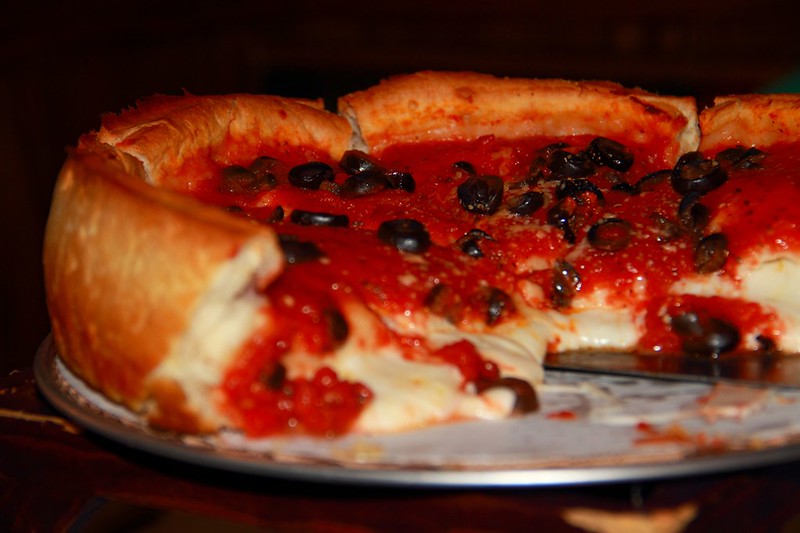 The Turkish variation of the pizza, named lamacun, is quite similar to traditional Lebanese lahembajin. It often features a thin crust with minced meat, with chopped herbs and vegetables on top. 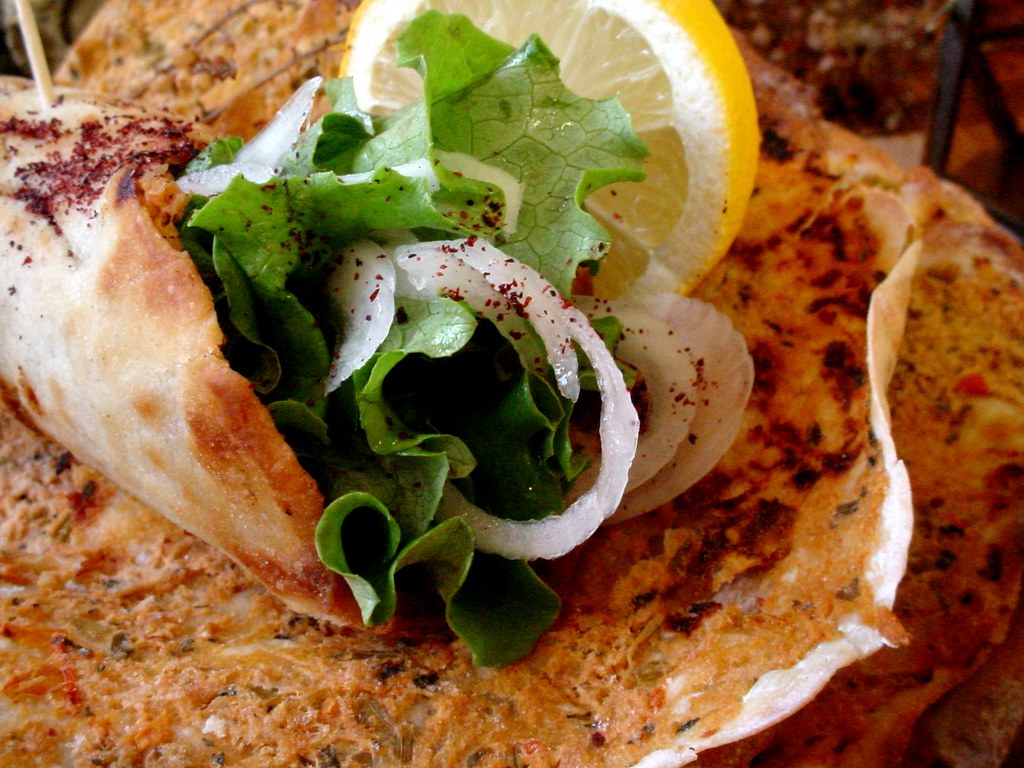 Zapiekanka is a Polish street food somewhere between a pizza and a sub. Grated cheese and chopped vegetables are melted on top of a long baguette-style roll and topped with tomato sauce.

Greek pizza tends to have quite a different crust than traditional Italian pizza. It is generally cooked in a heavily oiled pan and is puffy, oily and chewy, similar to focaccia. Toppings tend to be Greek favourites like fetta, olives, red onion. 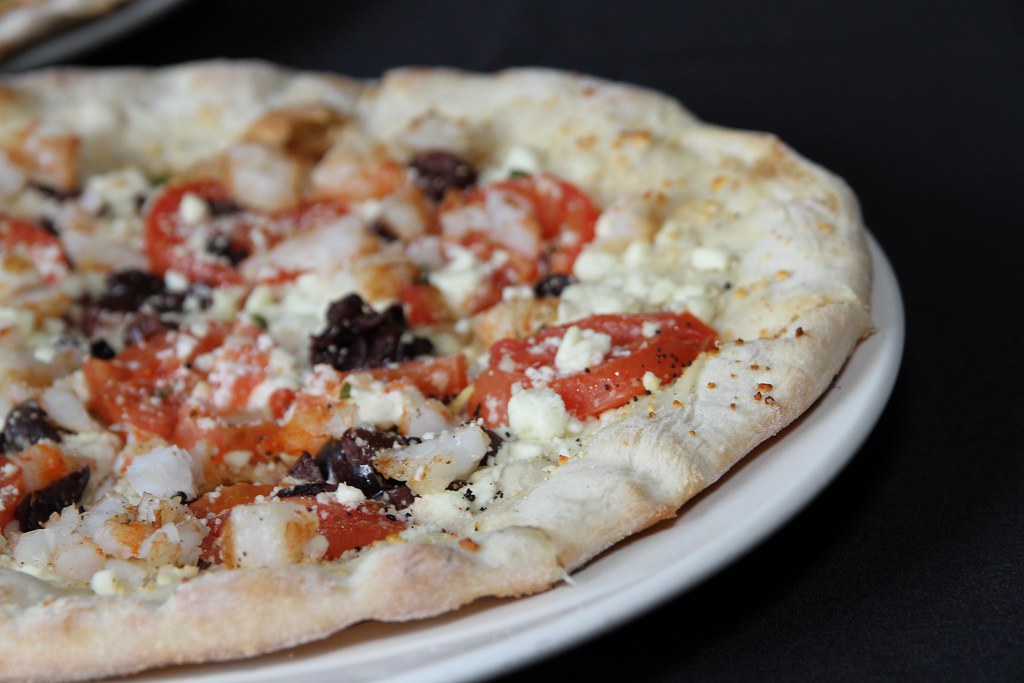 Khachapuri is a distant cousin to the pizza, a little more like pide, however its cheesy core makes it family all the same. Made from a flat bread ‘shoe’ the middle is filled with cheese and egg, typically with other ingredients scattered on top. 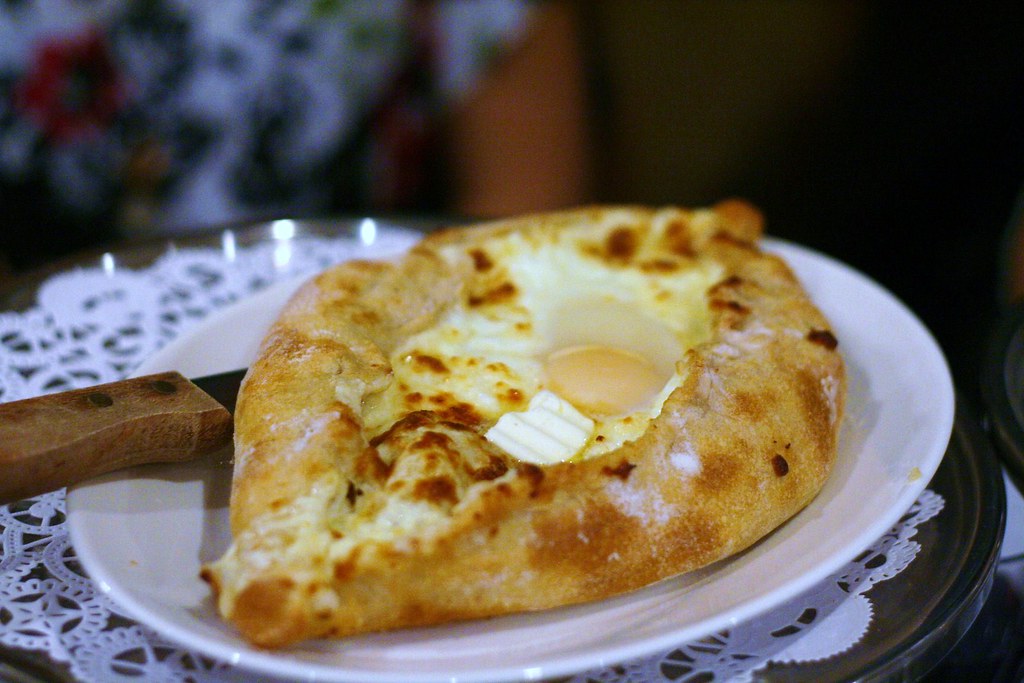 Coca is a Spanish pastry, very similar to pizza. Made up of very oily, sometimes sticky flatbread, it is usually topped with Spanish sausage and grilled vegetables. It can be closed (like a pie) or open like a pizza. 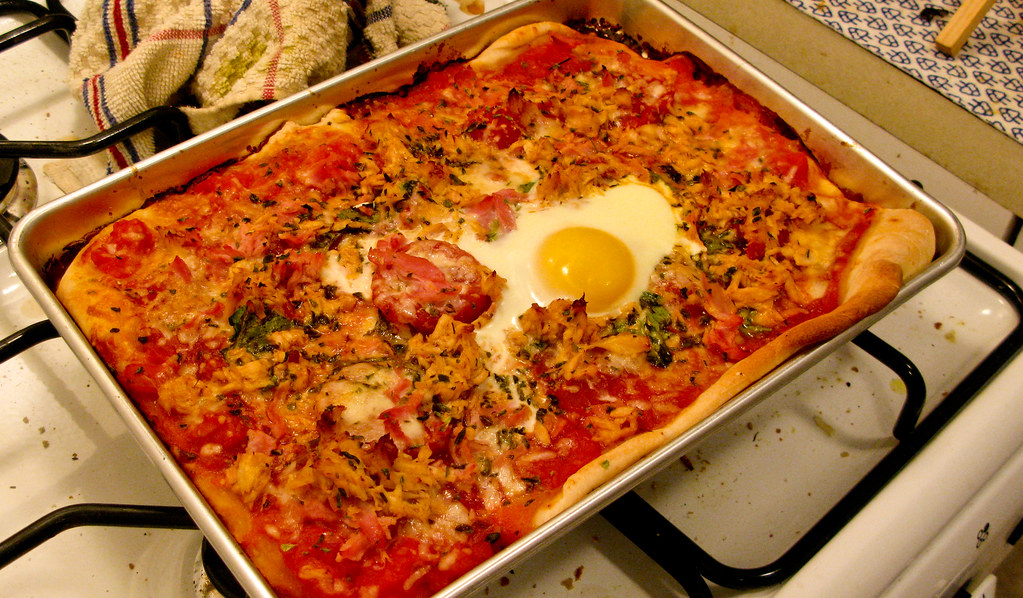 Paratha is an Indian dish very similar to the classic Neapolitan pizza base – thin and crispy. It has many different variations with traditional pizza-style ingredients like meats, vegetables and egg often being placed on top or cooked inside. 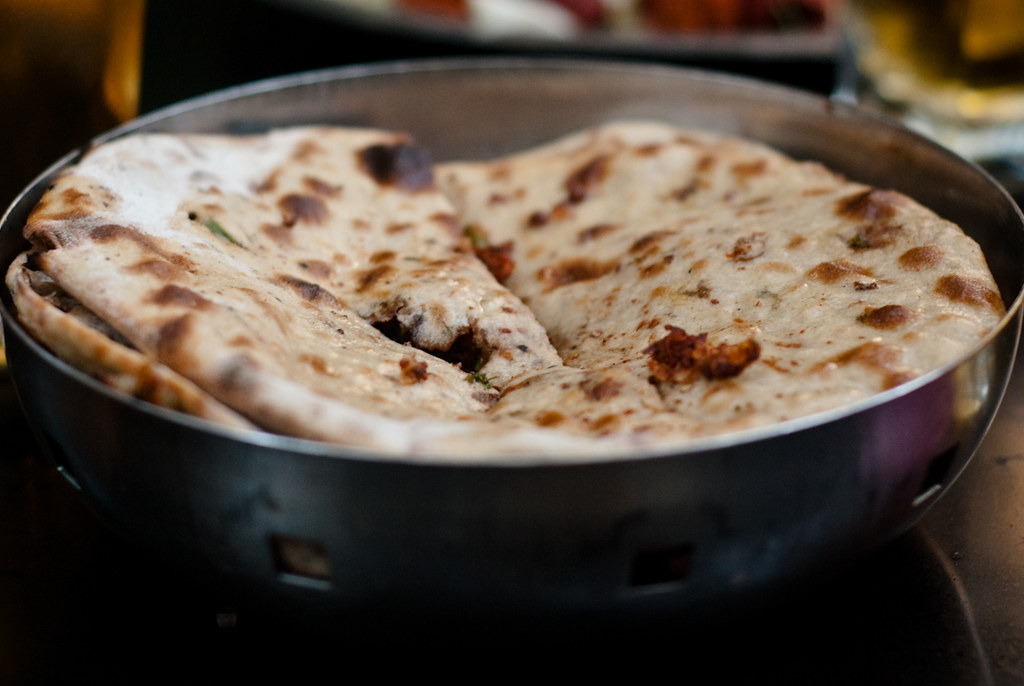 Finally the Lebanese ‘pizza’. Manakish, or man’ousheh, is a delicious dish made from dough topped with oil and zaatar. It has been modified in many ways, being topped with cheese, minced meats, vegetables and egg. Lahembajin is another popular pizza-type dish from Lebanon – it roughly translates to ‘meat on dough’  with a delicious mixture on herbs, veggies and spices being mixed in with ground meat and spread on to flatbread. 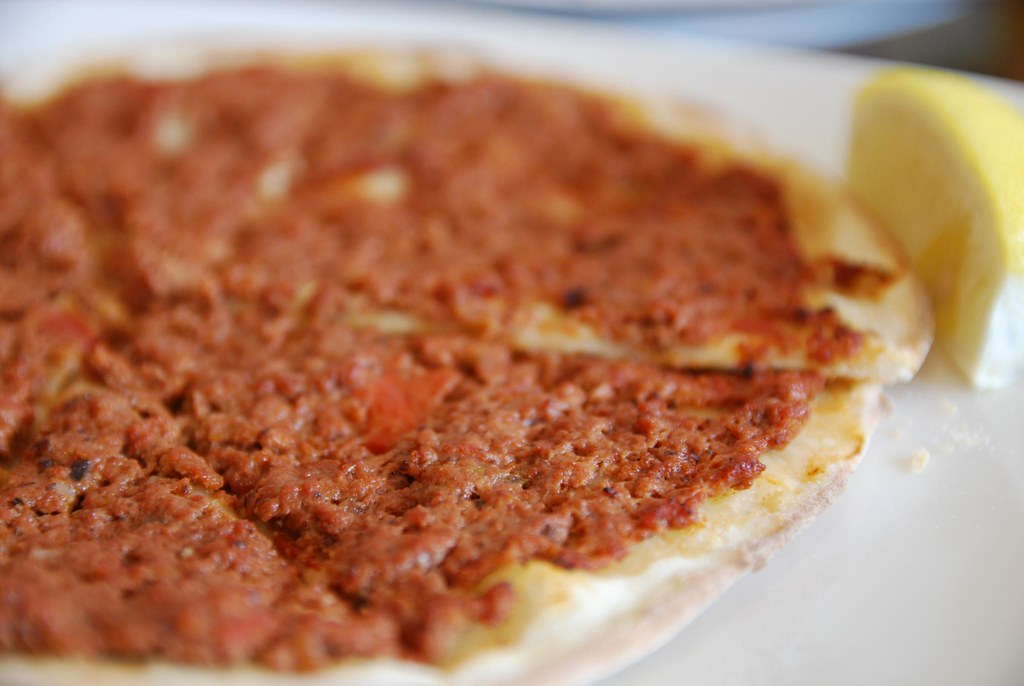 Pizza, and the various offshoots of pizza, are beautiful foods. Simple and versatile, its no wonder that so many different cultures scattered across the globe developed a dish which is inherently so similar. You won’t find a healthier, more delicious or authentic version of modern pizza than right here at Manoosh. Simply order from us online or drop by and see us in person – we guarantee you will not be disappointed.