A Brief History of Pizza in Australia

Home / Blog / A Brief History of Pizza in Australia

Pizza is the most popular takeaway food in the world, with minor variations of the dish scattered all across the globe. Delicious, comforting and versatile, it has a proud and colourful history, with different cultures boasting their own variations dating back thousands of years. Today in Australia we are blessed with a variety of different pizza options thanks to our multi-national food culture. Let’s have a look at how we got to where we are today.

Let’s take a look at a brief history of pizza and how it got to Australia: from the classic Pizzas to the modern, multicultural variations of the dish.

A Brief History of Pizza

Pizza is one of the world’s most beloved foods; there’s no doubting it. In its most simple form, pizza can be described as an oven-baked flatbread topped with sauce and cheese, but the modern pizza has become so much more than that. Its origins can be traced back to the Ancient Greeks, who would adorn their breads with ingredients like oil, herbs and cheese, in a crude version of the now illustrious dish.

The etymology of the word ‘pizza’ itself is, of course, Italian, with the first recorded use of the word dating back to a Latin text from Gaeta in southern Italy, around 997 AD. Going even further back, the word can be traced to the Ancient Greek work pikte, the Latin picta, or the Old High German word bizzo or pizzo, meaning mouthful. As is the case with many modern words, nobody is exactly sure where it originated from. 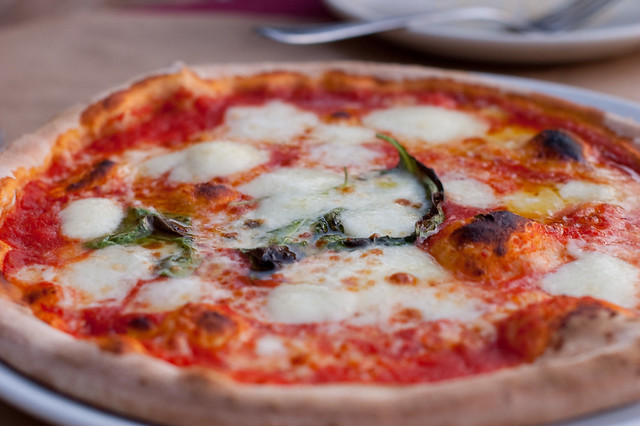 The modern flatbread pizza was born in Naples, Italy, around the end of the 19th century. Popular legend details that the classic pizza Marghertia was invented in 1889 when Raffaele Esposito, a famous pizza maker, was commissioned to create a dish for Queen Marghertia.

Of the three different types of pizza he made for her, the Queen preferred the one that best represented Italy – with red tomato sauce, white mozzarella and green basil – the colours of the Italian national flag. Thus the modern marghertia pizza was born.

One of Lebanon’s most famous dishes, man’oushe, or manoosh, is a close relative of the classic Italian pizza. Following a similar method to its Mediterranean cousin, traditional Lebanese man’oushe is a dish made from flatbread, topped with zaatar and ingredients such as fresh herbs and vegetables, meats and cheeses, and cooked in an oven at very high temperatures.

Traditionally consumed for breakfast, man’oushe is a mainstay of traditional Lebanese food culture. Differing from Italian pizza, man’oushe uses a bread that is chewier, with a crusty exterior and zaatar as a base, and harnesses the possibility of endless topping combinations. You can see why we used it as our namesake.

Pizza culture in Australia is very much ingrained in our multicultural identity. In the mid to late 19th century, troves of European migrants came to Australian shores in search of gold and work. By the 1920’s pizza had begun to become a part of Australia’s food culture, but it wasn’t until the post-WWII mass migrations of Europeans in the 1950’s and 60’s that saw our obsession with pizza really explode. In 1961, Toto’s Pizza House, the country’s first dedicated pizza restaurant, opened its door in Carlton, Melbourne – a classic, modern Italian pizza place.

Since that time, endless cultural crossovers have seen the modern Australian pizza evolve into something marvellous, containing elements from around the world that have come together to create something that is both universal and unique.

If you’re in Sydney and want to try a great modern Aussie pizza or our Lebanese take on pizza, Drop by Manoosh or order online.